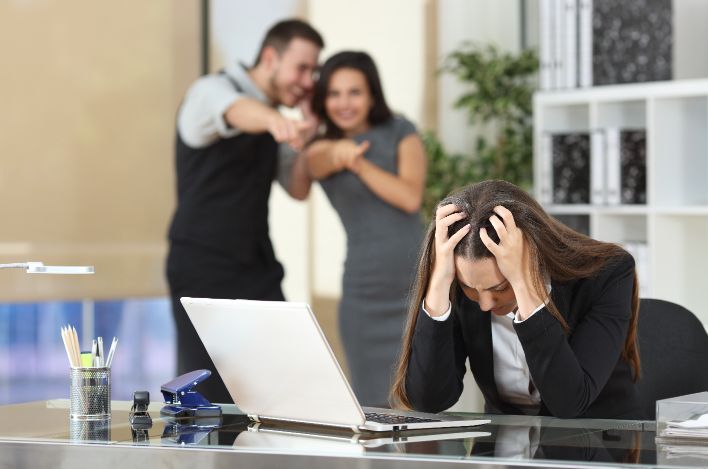 In the context of claims for negligence, there are few authorities providing guidance in relation to conduct that amounts to bullying. The District Court of New South Wales has recently determined a claim by a plaintiff who alleges that he sustained a psychological injury as a result of three instances of workplace bullying that occurred over a 5 year period (see Lal v Australian Administration Services Pty Ltd).

The first instance involved allegations that a female manager spoke to him in an harsh, and at times aggressive manner over a period of months. The alleged conduct mostly related to criticisms by the manager of the way the plaintiff performed his duties, or directions to the plaintiff by the manager. The employer responded to complaints by the plaintiff that he was feeling stressed by providing him with counselling and leave before ultimately assigning him to another manager.

The second instance involved the plaintiff complaining to the employer that he did not want to be seated in the vicinity of a female employee as he felt bullied and intimidated by her. His allegations focused on dismissive behaviour and his perceptions of the female employee’s conduct rather than her actual conduct towards him. The employer responded by directing the plaintiff to obtain a medical certificate which he did and he was relocated.

The third instance involved a heated argument with a co-worker. The co-worker apologised to the plaintiff after the argument and no contemporaneous complaint was made. There were no other incidents with this co-worker and the plaintiff.

When determining the plaintiff’s case, the court took a two-step approach - first determining whether the conduct of the employer amounted to bullying, and then making findings as to negligence.

In order to complete the first step, bullying had to be defined. The employer provided the court with a series of definitions developed by various work health and safety regulators, as well as the definition provided for in the Fair Work Act.

None of these definitions have legislative force for the purpose of a common law claim, however the court followed the approach of the Victorian courts (see Brown v Cashman [2013] VSCA 122) in adopting the work health and safety regulators definition as a “reasonable working definition”. The definition applied by the court was as follows:

Breaking down this definition, it has three components which must be established. The behaviour must be:

In relation to the second incident, the court found that the female employee’s interactions (namely dismissive behaviour towards the plaintiff) did not satisfy the bullying criteria. In relation the perceived bullying, the court found that the “rhetorical whinging” of the female employee did not pose a risk to the plaintiff or the people who were the subject of the “whinging”.

As to the third instance, this was a one-off incident and could not satisfy the criteria that the behaviour be repeated.

Bullying is not a discrete tort. Even if a plaintiff can establish that they were bullied, they must also prove the negligence calculus (see Wyong Shire Council v Shirt [1980] HCA 12).

Conversely, conduct may not need to fit the classification of bullying for negligence to be proven if that conduct presents a reasonably foreseeable risk of injury. In Lal v Australian Administration Services Pty Ltd, the negligent act pleaded was “bullying”. Owing to the manner in which the case was pleaded, the court was required to determine if the plaintiff was bullied.

When assessing whether a risk of injury from bullying is reasonably foreseeable, the court must look at the risk posed to an individual employee. An argument stating that it is well known that bullying may cause an injury, and that therefore an employer owes a broad duty of care to all employees to guard against the risks associated with bullying, is unlikely to be sufficient.

A plaintiff will need to establish that the employer should have known that they were at risk of a psychological injury to establish a duty of care (see Koehler v Cerebos (Australia) Ltd [2005] HCA 15).

When looking at whether an employer has breached its duty of care, a court will put itself in the place of the defendant faced with the risk. A court must ask itself what would a reasonable employer faced with this risk have done to discharge their duty of care (see Vairy v Wyong Shire Council [2005] HCA 62).

Whilst an employer is required to exercise reasonable care, it does not have an overarching duty to prevent harm (see Roads and Traffic Authority of NSW v Dederer [2007] HCA 42). Looking at a matter with hindsight will be relevant to establishing the cause of an injury, but if the actions taken by an employer in contemplation of a risk are reasonable, there will be no breach of duty.

Employers and claimants must be aware of the distinction between compensation and damages. If a worker suffers an injury as a result of workplace bullying, they will become entitled to compensation under workers compensation legislation - although only if they can establish that the injury resulted from their employment. Such a claim can even arise in situations where a worker has a mere perception of being bullied (see State Transit Authority of New South Wales v Fritzi Chemler [2007] NSWCA 249).

In order to become entitled to an award of damages fault in the employer will need to be proven.

If you have a query relating to any of the information in this article, or would like to speak with a member of Holman Webb's Workplace Relations team with respect to a matter of your own, please don't hesitate to get in touch today.