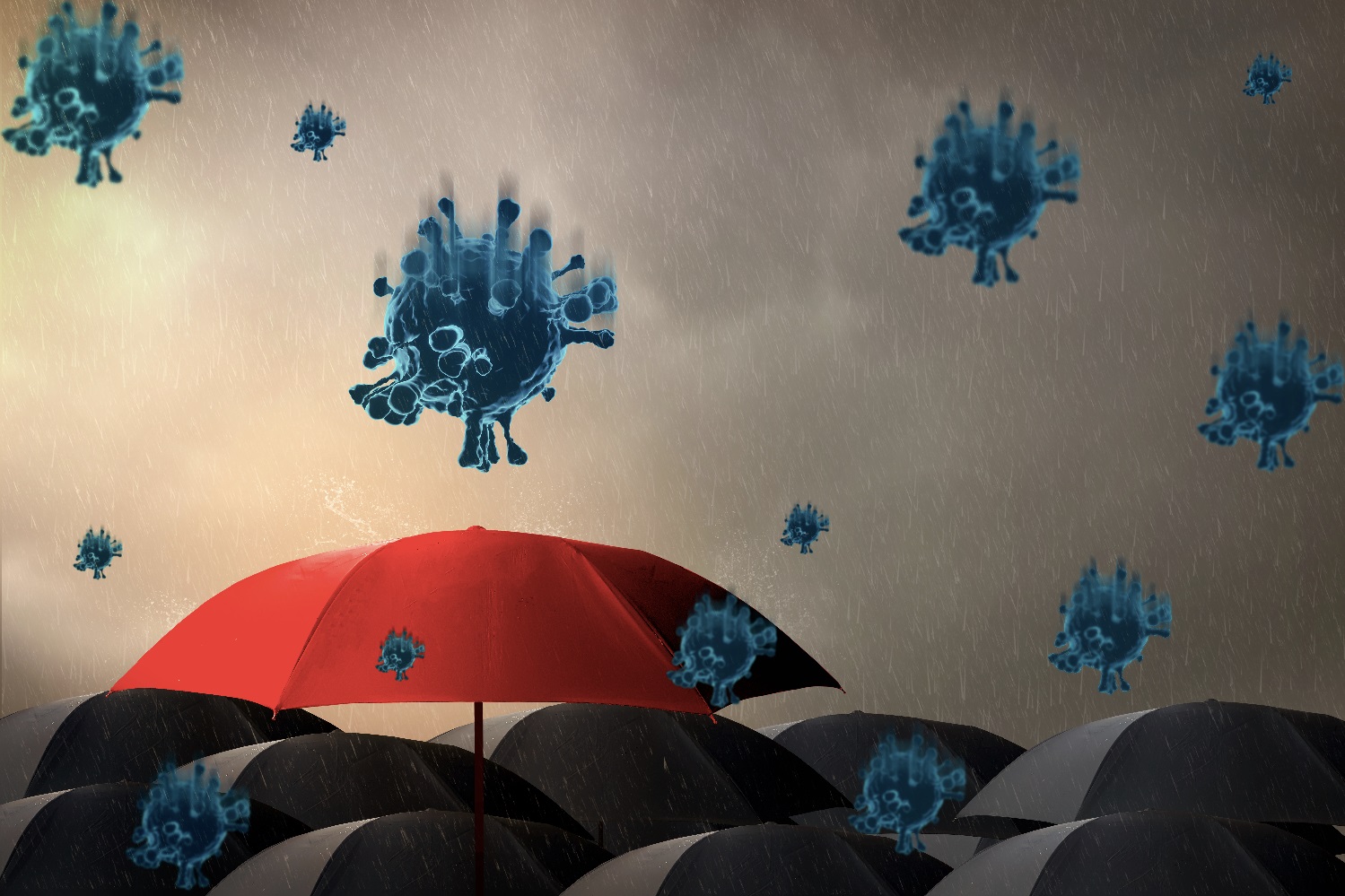 In HDI Global Specialty SE v Wonkana No 3 Pty Ltd [2020] NSWCA 296 (‘the first test case’), HDI Global and the Hollard Insurance Company Pty Ltd (‘the insurers’) issued policies to a tourist park business and a retail business (‘the insureds’) during the respective policy periods of 28 February 2020 – 28 February 2021 and 11 May 2019 – 11 May 2020 (‘the policies’). The policies extended cover for business interruption caused by the outbreak of an infectious or contagious human disease occurring within a 20 kilometre radius of the business premises.

The HDI policy contained an exclusion to such cover for: ‘Highly Pathogenic Avian Influenza in Humans’ or other diseases declared to be quarantinable diseases under the Quarantine Act 1908 and subsequent amendments’. The Hollard policy exclusion was written in almost identical terms.

On 21 January 2020, ‘human coronavirus with pandemic potential’ was included as a listed human disease under the Biosecurity Act. It was never declared a quarantinable disease under the Quarantine Act, given its repealed status.

The insureds sought cover under their policies for business interruption during COVID-19. The insurers refused indemnity to the insureds, relying on the Quarantine Act exclusion.

With the endorsement of the Insurance Council of Australia (‘ICA’) and the Australian Financial Complaints Authority (‘AFCA’), insurers subsequently sought a declaration from the Supreme Court of NSW that the contractual words ‘declared to be a quarantinable disease under the Quarantine Act and subsequent amendments’ are properly to be read as ‘determined to be listed human diseases under the Biosecurity Act.’  This was the first test case.

The case advanced on behalf of the insurers was twofold. Their first argument was that the words ‘and subsequent amendments’ contemplated the evolution of the statute over time, which include its repeal and replacement by another enactment. This was rejected by the Court, who held that the words, which were not ambiguous, should be given their ordinary meaning. The possibility that the Quarantine Act could be repealed was real and ought to have been understood by the parties. However, the words did not contemplate a new enactment replacing the Quarantine Act or its mechanism for identifying quarantinable diseases. The Court held that it was a ‘step too far’ to suggest that the words ‘and subsequent amendments’ included the enactment of the Biosecurity Act.

It did not assist the insurers’ case that the HDI policy elsewhere referred to ‘and subsequent legislation’.

The insurers’ second argument was that the parties clearly intended the policies to refer to the legislation in force at the time of policy inception and during the policy periods. They argued that to interpret the reference to the Quarantine Act as a reference to that Act only and any amendments to it would be absurd because it is commercial nonsense for the parties to have only excluded diseases determined to be quarantinable under repealed legislation.

The Court also rejected this argument. Critically, the parties were unaware that the Quarantine Act had been repealed at the time the policies were issued. The Court could therefore have no regard to its repeal when considering the construction of the policies. There was nothing wrong with the language of the exclusion clause in the context of the policies. The repeal of the Quarantine Act did not affect the list of diseases declared under it at the time of its repeal and there was no reason why the exclusion could not operate by reference to that list.

"An insurance policy is a commercial contract and is to be given a business-like interpretation. Interpreting it requires attention to the language used by the parties, the commercial circumstances which it addresses, and the objects which it is intended to secure.

The meaning of the words chosen is determined objectively by reference to its text, context, and purpose, the question being what a reasonable person would have understood them to mean.

Preference is given to a construction supplying a congruent operation to the various components of the whole and so as to avoid making commercial nonsense’" (at [114]).

The Court held that it was not required to correct the insurers’ mistake about the operation of the Quarantine Act, or to rewrite the exclusion because it may have made better commercial sense to refer to the Biosecurity Act.  To do so would be contrary to well-established principles of construction.

The insurers argued before the High Court that the Quarantine Act and the Biosecurity Act were very similar in purpose and nature, that ‘repeal and replacement’ and ‘amendment’ are overlapping concepts which should not be considered in contradiction of each other and that it was clearly the intention of the parties to pick up the operative legislation during the policy period. The High Court refused special leave.

Following the refusal of special leave to appeal in the High Court, insurers cannot rely on references to the Quarantine Act to refuse indemnity to policyholders who hold business interruption policies written in the same terms as those which were the subject of the first test case.

The potential financial implications of the first test case for the insurance industry and Australian businesses cannot be understated. Insurers have estimated that the decision could impact up to 250,000 insurance policies, with up to $10 billion at stake.

For insurers, the decision highlights the importance of ensuring that policies are kept up to date in the context of ever-changing legislation. It is also important for policy drafters to ensure that policies are carefully drafted so as to protect against any unexpected changes to legislation, including repeal or replacement, which may have a significant impact upon the operation of the policy.

It remains to be seen whether the outcome of the first test case will result in a spate of class actions against insurers brought by policyholders. The ICA and AFCA have cautioned against doing so. Insurers are required to, and have agreed to, follow the precedent set in the first test case when assessing business interruption claims. So far, since the High Court refused special leave to appeal, at least two class actions have been brought in the Federal Court of Australia on behalf of over 150 Australian small business owners. Those actions are against QBE Insurance and certain underwriters at Lloyds.

A further caution to prospective litigants is that the first test case was only concerned with the operation of an exclusion clause referring to repealed legislation in certain policies. The first test case is not determinative of whether there will be policy coverage available for every business interruption claim brought about by the COVID-19 pandemic. Policy response in each case will depend upon the particular wording in place and the circumstances of the claim itself.

To that end, there are still many unknowns about policy response to COVID-19 business interruption claims, including the definition of disease, the proximity of the outbreak, the impact of Government mandates, financial support and other policy matters. Each will separately affect coverage.

Some of these issues were recently considered by the Supreme Court of the United Kingdom in the UK’s own test case, The Financial Conduct Authority v Arch & Others [2021] UKSC 1. This was an appeal, in part, of the original decision of the High Court of England. The UK Supreme Court was asked to consider a number of coverage issues in relation to certain business interruption policies which extended cover for non-property damage related loss, such as the operation of disease clauses and the proximity of outbreaks, as well as prevention of access clauses in the context of Government imposed restrictions.

The Supreme Court’s interpretation of these clauses has been considered largely favourable for UK policyholders. Importantly, the decision has established a set of principles, which should provide insurers and policyholders with some guidance in the assessment of COVID-related claims in the UK.

Whilst not binding, the approach taken by the Supreme Court in the UK test case may be considered somewhat persuasive in Australia. The Federal Court of Australia will consider similar issues in a second test case brought by insurers with the support of the ICA and AFCA, which is scheduled to be heard later this year. Hopefully, the second test case will provide further clarity to the insurance industry and policyholders about the treatment of COVID-19 related business interruption claims in Australia.

If you have a query relating to, or would like to discuss any of the information in this article, please don't hesitate to get in touch with Holman Webb's Insurance Group today.