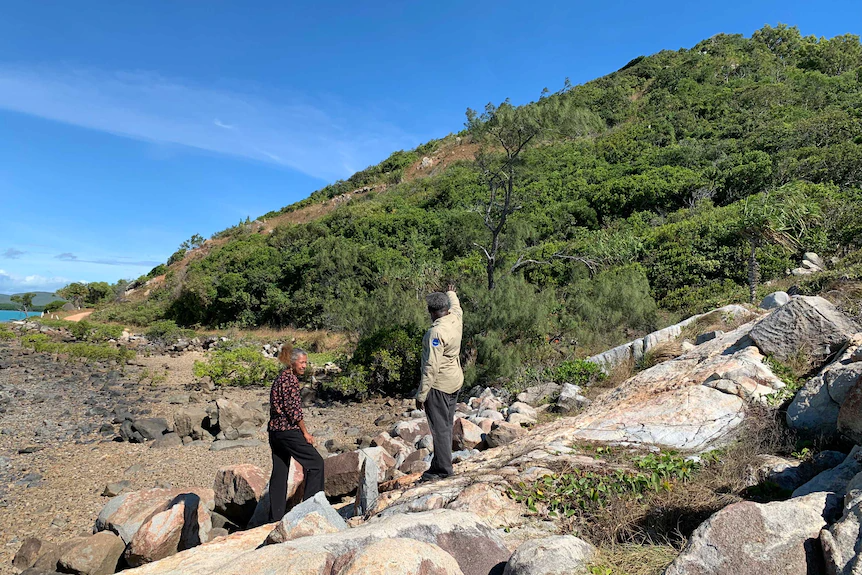 This article was originally published in the May 2021 edition of The Law Society of NSW's Law Society Journal (Issue 77).

NB. The authors acted for the applicants in the injunction proceedings and in the appeal, where Mr Graham Carter provided native title advice.

Recent examples of the damage or destruction of culturally significant Aboriginal sites and artefacts has led to a debate about the most appropriate legal tools for their protection. One recent success story wherein a creation 'story site' on Prince of Wales Island (Muralug) in the Torres Strait was protected from a safe harbour development, demonstrates that the courts are willing to step in and grant urgent protection.

An Indigenous Land Use Agreement ('ILUA') was also entered into between the local Torres Shire Council ('TSC') and the Prescribed Body Corporate, being the Kaurareg Native Title Aboriginal Corporation RNTBC ('KNTAC') on 9 October 2000. The 2001 determination related to land above the high watermark within the determination area - i.e. it did not include sea rights which remain the subject of current proceedings in the Federal Court ('the Sea Claim') (Isaac Savage & Ors on behalf of the Kaurareg People #2 v State of Queensland QUD10/2019).

In 2019, the TSC had approved road improvement works, as well as its own development application for a safe landing marine facility in the vicinity of an important Indigenous story site at Waubinin Mabauzi Lag and Waubinin Malu, otherwise known as Pearl Harbour. This was despite the objections of the KNTAC and others including a member of the Sea Claim group, Milton Savage. The TSC gave notice that certain works would imminently commence in the vicinity of the story site.

The mythic Kaurareg warrior, Waubin, is believed to have travelled from central Australia to the Torres Strait and resided on Muralug with a number of his Ippi (wives) and roamed the island hunting, and from time to time fighting with other warriors. One key Waubin story relates to his final battle and is connected to an area known as Waubinin Mabauzi Lag (Waubin walked down) and Waubinin Malu (the Sea of Waubin) - collectively considered 'the story site'. Waubinin Malu is also known as Pearl Harbour.

Although there had been correspondence between the TSC and legal representatives of the KNTAC regarding the cultural significance of Waubinin Mabauzi Lag and Waubinin Malu, the fact that the works for the safe landing marine facility were now imminent meant the only real option left available was to make an urgent application for an injunction to prevent the commencement of works.

The applicants were the KNTAC and two senior Kaurareg Elders who agreed to be personally involved in the proceedings, Mr Milton Savage, Chairman of the KNTAC and member of the Sea Claim group and Ms Enid Tom, former Deputy Chairperson of the KNTAC, current KNTAC board member and landholder. The material was prepared on an urgent basis with the injunction hearing commencing at 5:03pm on that Friday, 17 May 2019, in the Federal Court in Brisbane before Logan J (QUD315/2019).

There were two main questions before the Court:

On the first question, Logan J stated that:

"of particular concern... is the prospect of irretrievable damage to an area which means something to native title holders and therefore should mean something generally.  And damages are never going to be an adequate remedy for that, are they?"

The responding submission made on behalf of the TSC was that:

'the common law has been awarding damages for torts such as trespass for centuries...'

The view of Logan J was:

"It's just that native title has particular unique features... it's beyond emotional, a spiritual connection which has meaning to the native title holders. And in British jurisprudence... we say damages can be an adequate compensation. And the Native Title Act contemplates compensation in respect of particular extinguishment that happened after the Racial Discrimination Act but before we were enlightened about the common law by Mabo and then the Native Title Act."

The Court rejected any proposition that damages were an adequate or appropriate remedy for a potential future act that might damage or destroy a culturally sensitive site, as in this case. The applicants were not in a position to provide an undertaking as to damages where the respondent had suggested the costs of delaying would be quantified as $14,500 per day. (Transcript p 13, lines 41-45)

The applicant's position was that whilst an undertaking as to damages would usually be appropriate when seeking an injunction, the current matter included a 'public interest' aspect that needed to be considered when looking at the balance of convenience. The applicant's submission was that in the current circumstances (where the applicants were seeking an interim injunction), that the balance of convenience would also consider the public interest aspect. (Transcript p 6, lines 40-49)

Logan J made orders including:

The injunction provided the applicants with the 'breathing space' to bring an appeal in the Queensland Planning and Environment Court ('P&E Court').

The benefit of commencing the proceedings in the P&E Court was that under s 72(2) of the Planning Act 2016 (Qld), those proceedings effectively operated as a statutory stay/injunction pending the determination of the appeal. The appellants filed and served their statements of lay evidence in accordance with the Courts directions on 29 January 2021. On 18 February, the P&E Court made orders allowing the appeal and refusing the development application which was the subject of the appeal.'

Effectively, these orders were made by the Court with the consent of the applicants; the TSC and the State of Queensland, who had become involved as a co-respondent by-election.

Culturally significant sites can be protected

Important takeaways from the Kaurareg parties' success in protecting their creation story site are:

As Logan J said in the injunction judgment when commenting on particular associations as between the Kaurareg people and the land on Muralug:

The successful protection of the Kaurareg creation story site gives hope for the protection of other significant cultural heritage sites so that these sites, some of which are older than the pyramids in Egypt, can be treasured by current and future generations.