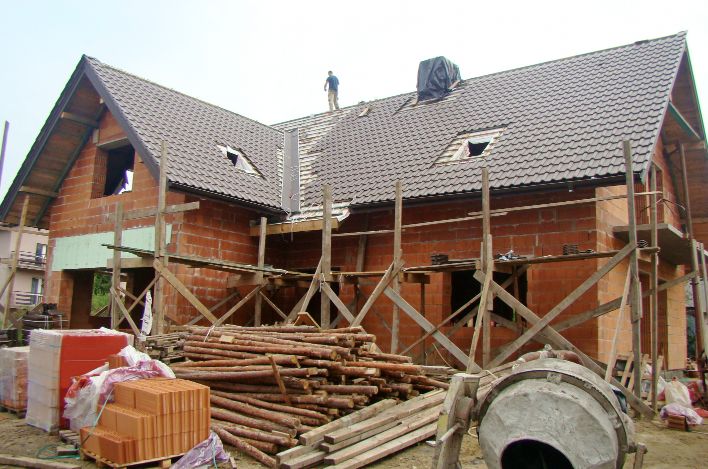 In the recent decision of Mann & Anor v. Paterson Constructions Pty Ltd [2019] HCA 329 on 9 October 2019, the High Court clarified the circumstances in which a restitutionary claim on quantum meruit will be available to a contractor who has elected to terminate the contract for the other party's repudiation, in relation to entire contracts and separable portion contracts.

A party repudiates a contract when it demonstrates an intention to not carry out the contract. In response, the other party can 'accept' the repudiation and terminate the contract.

This decision has clarified that where a contractor terminates a building contract for repudiation, recovery of a sum by measure of a fair and reasonable value of the works performed on a quantum meruit is now determined by the contract terms, and whether a contractual right to a payment sum has accrued by the termination date.

What is quantum meruit?

The Owners purported to terminate the contract for repudiation as the Builders had allegedly refused to return to site until the bill for the additional work was paid. The Owners also claimed that the work was defective.

The Builder commenced proceedings against the Owners in the Victorian Civil and Administrative Tribunal (VCAT) seeking relief on a quantum meruit basis, or alternatively, contractual damages for the unpaid work performed. Further, section 38 of the Domestic Building Contracts Act 1995 (Vic) prevents a builder from recovering any money for oral variations asked for by an owner unless the formality requirements are met under section 38, or if there are exceptional circumstances and it would be unfair to the owner for the builder to recover the money.

The relief claimed by the Builder included amounts for oral variations to the contract works. The Owners responded with a counterclaim for contractual damages on the basis the Builders had repudiated the contract.

In three separate judgments, although upholding the appeal with costs, the members of the Court were divided in relation to the availability of a quantum meruit.

The following principles were established:

As to the subsidiary issue of section 38 of the Domestic Building Contracts Act 1995 (Vic), their Honours unanimously overturned the Court of Appeal's decision and held that the Builder did not satisfy the conditions in section 38 in recovering an amount in restitution for variations to works orally implemented.

The High Court rejected the Court of Appeal's finding that the Builder was entitled to a claim on quantum meruit holding that it was based upon a 'rescission fallacy'.

The "rescission fallacy" contemplates that the repudiation of a contract has the effect of rescinding the contract ab initio (or from the beginning), therefore allowing for a claim in quantum meruit as an alternative to a claim for damages. This was originally derived from the decision in Lodder v Slowey [1904] AC 442 and is subsequently applied in Sopov v Kane Constructions Pty Ltd [No 2] (2009) 24 VR 510.

Their Honours held that the concept of a contract becoming completely irrelevant upon rescission is fallacious which legal fiction had been dispelled in McDonald v Dennys Lascelles Ltd (1933) 48 CLR 457. The High Court reaffirmed Mason CJ's finding in Baltic Shipping Co v Dillon (1993) Sopov 176 CLR 344 at 356 in that a discharge only operates prospectively and is not equivalent to rescission ab initio. The High Court confirmed that the rescission fallacy is no longer applicable.

A quantum meruit claim is capped at the contract price

The High Court considered that the rescission fallacy could give rise to serious mischief as some builders set prices on the expectation that they will be able to take advantage of an opportunity to elect a to receive a remuneration exceeding the contract price.

Their Honours held that a quantum meruit claim should not exceed the contract price. However the Court left open the possibility for exceptional circumstances where there is unconscionable conduct.

Restitution law as a gap-filling and supplementary role

The High Court referred to the long-standing decision of Pavey v Matthews (1987) 162 CLR 221, noting that where is a valid enforceable contract governing a party's right to compensation, there is neither occasion nor legal justification for the law to superimpose or impute an obligation or promise to pay a reasonable remuneration. Their Honours concluded that to allow a resitutionary claim in these circumstances would be to subvert the contractual allocation of risk.

The Court found that to allow a resitutionary claim for quantum meruit to displace compensation measured by contractual expectations would contradict the "gap-filling and auxiliary role of restitutionary remedies".
This decision further reinforces the supremacy of the law of contract over the law of restitution.

What can we distil from this?

If you have a query relating to any of the information in this piece, or you would like to speak with a member of Holman Webb's Dispute Resolution team with regard to a matter of your own, please don't hesitate to get in touch today.