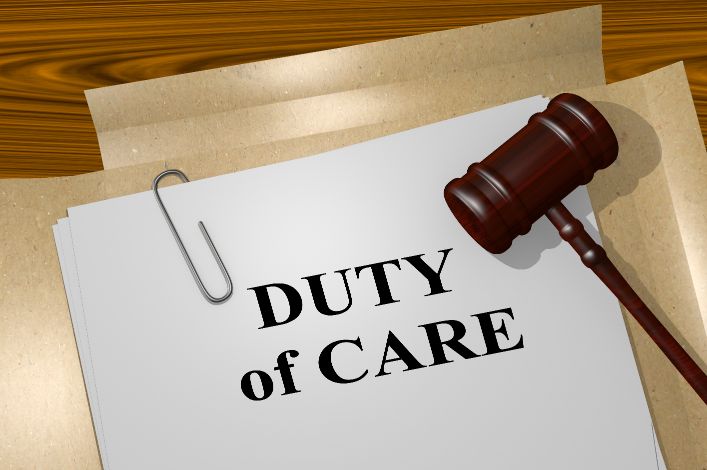 The judgment has received notable attention for the significant award of damages made to the Plaintiff in the sum of $3,120,391. With this notable award in mind, this article focusses on the findings that a principal contractor can be held liable for the negligence acts of an independent sub contractor, and can therefore owe a non delegable duty of care to a Plaintiff.

On 10 February 2010 the Plaintiff was working as a caretaker for Unity Grammar College. On the day in question, the Plaintiff suffered severe personal injury, including burns to at least 30% of his body, after a gas explosion caused by a regulator being installed in the ceiling of a building without the ability to vent into the atmosphere.

Justice Stephen Campbell made clear that the primary party at fault was Enma Plumbing ('Enma') for negligently installing the regulator. Unfortunately, Enma was both deregistered and uninsured by the time proceedings were commenced, and thus was not a party to the matter.
The principal contractor for the construction works at the College in 2007 and 2008 was Binah Projects Pty Ltd ('Binah'). Binah was also subsequently deregistered, however it did still have insurance with Insurance Australia Limited ('IAL'), which allowed the Plaintiff to sue IAL directly. Holman Webb Lawyers acted for IAL in this matter.

Justice Campbell found that there was no evidence that Binah either knew, or ought to have known at the time that Enma was incompetent in gas fitting, as Enma did hold the appropriate licences.

IAL submitted that it could have no liability for the negligent acts of its subcontractor Enma, nor that it owed a non-delegable duty of care to the Plaintiff. IAL relied on cases such as the High Court decision in Leighton Contractors Pty Ltd v Fox [2009] 240 CLR 1, in which it was found that a principal contractor could discharge its duty of care by engaging a competent independent contractor.

Justice Campbell found that this case did not fall into the category of cases considered in the Leighton Contractors case, nor those such as Stevens v Brodribb Sawmilling Company Pty Ltd (1986) 160 CLR 16, which concerned a duty owed by a principal contractor to independent contractors (and the employees of the latter) engaged in the construction or other work being carried out on the site.

In Justice Campbell's opinion, the case of Hossain v Unity Grammar College Limited & Ors [2019] NSWSC 1313 could be differentiated on the basis that it concerned the duty of a principal contractor to subsequent users of the building under construction. In the Leighton Contractors case, the Plaintiff himself was one of the negligent independent contractors.

Justice Campbell accepted that generally, in the absence of a non delegable duty, the exercise of reasonable care in the appointment of an apparently competent subcontractor (depending on the terms of the contract) does effectively delegate the principal contractor's duty of care. With this said, Justice Campbell took the view that in this case a reasonable principal contractor in the position of Binah undertaking construction work a school (including the construction of LPG gas installations) ought to have had a familiarity with the compliance requirements of the Dangerous Goods Regulations.

Justice Campbell further found that a reasonable principal contractor in the position of Binah, given the intended use of the premises as a school, would have engaged an independent contractor to test and inspect the installation, including the associated fittings, to ascertain whether the installation was compliant with the requirements of the Dangerous Goods Regulations, and if not - to rectify any patent defects. Justice Campbell accordingly found that Binah's negligence, as opposed to any liability as the principal contractor for Enma, was a necessary condition of the harm suffered by the Plaintiff.

Justice Campbell further held that if the above conclusions were wrong, the duty of Binah to the Plaintiff in the circumstances of this case was non delegable. Justice Campbell accepted that the High Court Decision in Leichhardt Municipal Council v Montgomery (2007) 230 CLR 22 is authority for the proposition that the Court should have a strong reluctance to extend the established categories of non delegable duties.
However, Justice Campbell found that as Binah had taken advantage of its control of the premises to introduce a dangerous substance and to carry out a dangerous activity in terms of facilitating the use of that gas, there was:

"...no injustice in imposing upon the principal contractor the more stringent duty of seeing that reasonable care is taken, and that therefore Enma Plumbing's obvious negligence is sheeted home to Binah (and in this case to Insurance Australia Limited)".

To further support his conclusion, Justice Campbell also relied on the case of Burnie Port Authority v General Jones Pty Ltd (1994) 179 CLR 520, in which it was found that:

"...a person who takes advantage of his or her control of premises to introduce a dangerous substance, to carry on a dangerous activity, or to allow another to do one of those things, owes a duty of reasonable care to avoid a reasonably foreseeable risk of injury or damage to the person or property of another."

Justice Campbell ultimately apportioned liability equally between Binah (IAL), Unity Grammar College as the employer, the certifiers, the plumbers who performed work after Enma but before the accident, and the original suppliers of the gas.

This decision confirms that the general rule that a duty of care by a principal contractor can be discharged by engaging an ostensibly competent independent subcontractor will not necessarily apply in all circumstances, and that one must carefully consider the facts of each case.

In the case of Hossain v Unity Grammar College Limited & Ors [2019] NSWSC 1313, the fact that the Plaintiff's very serious injuries were caused by a gas build up in a confined space made it easier for the Court to differentiate the well-known authorities. The Leighton Contractors decision has made it clear that in some circumstances, a principal contractor using independent contractors may still have a duty to ensure that the general system of work is safe in relation to such things as co-ordination of works, however this was not the focus of the judgment in this case.

It remains to be seen whether any party will appeal this decision - Holman Webb will remain abreast of any updates on this matter and will update readers accordingly.

If you have a query relating to any of the information in this piece, or you would like to speak with somebody in Holman Webb's Insurance Team with respect to a potential matter of your own, please don't hesitate to get in touch today.