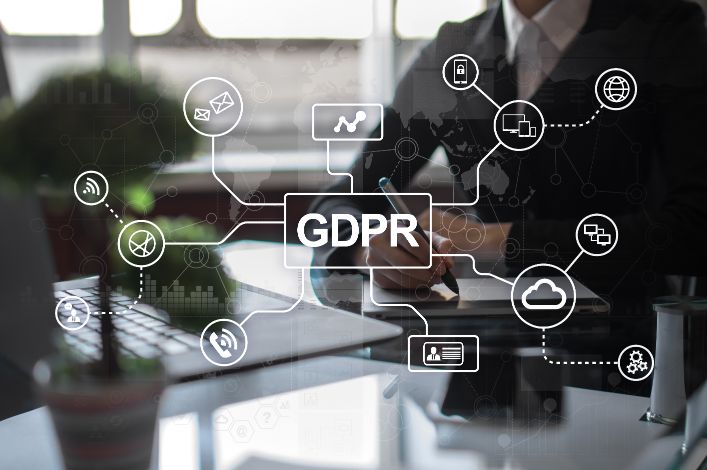 As many readers will be aware, the European Union General Data Protection Regulation (GDPR) came into effect in May 2018. Since the introduction of the regulation, there have been a range of interesting developments, some of which this piece takes a close look at.

In civil proceedings between two private companies, a German court held that data collection exceeding that which is necessary to achieve legitimate business purposes violates one of the basic tenets of the GDPR as set out in Article 5, and that one company cannot compel the other to act in breach of such a tenet.

Article 5 under the GDPR states that personal data collection shall be "for specified, explicit and legitimate purposes and not further processed in a manner that is incompatible with those purposes".

The case concerned ICANN, an American company overseeing the global WHOIS database (responsible for storing domain names) and EPAG, a German domain registry. Under their contractual relationship EPAG was to provide ICANN with certain information about the people who purchased domain names.

EPAG refused on the basis that there was no business or legal need to provide the personal details of technical and administrative contacts. ICANN unsuccessfully sued EPAG in Germany, with the Regional Court in Bonn finding that the collection of such data would violate the data minimisation rule (Article 5) of the GDPR. ICANN appealed in August, but again failed.

To date, there have been at least 81 fines issued by various authorities throughout the European Union.

In January 2019 Holman Webb published an article focussed on reports that Google had received a fine of €50 million after failing to satisfactorily inform users about how their data was collected and used for advertisements and marketing messages. It was also noted that Google had failed to properly obtain consent to utilise user data in its personalised advertising.

The fine was issued by the French data protection authority. Google was the first company to face punitive action under the new digital privacy regime. Relevantly for readers, one of the negative aspects identified by the French data protection authority was that Google had "pre-ticked" authorisations and consents, a move which was found to be improper.

Multiple breaches have occurred in circumstances where there have been insufficient technical and organisational measures to ensure the security of information. Claims have ranged from €118 to over €204 million following an August 2019 breach by British Airways. It should be noted that this fine has not yet been finalised, as representations can still be made regarding the magnitude of the fine.

The incident related to the creation of a fraudulent website, which lured customers in to enter personal information. This information was then harvested by the attackers, in a breach which lasted from June to September 2018. The Information Commissioner in the UK identified insufficient technical and organisational measures, as well as poor security arrangements at the company as having been major contributing factors.

Smaller operations are also being challenged

Authorities from many European countries have taken action against a wide range of companies, across many different sectors. These have included debt collection agencies, energy suppliers, political parties, telecommunication service providers, state hospitals, government agencies, restaurants, social media businesses, banks, real estate agencies, football clubs, sports associations, schools - and even a private individual, who was fined €2000 for including email addresses of other recipients in the 'cc' section of an email without the consent of those persons.

Below are a few recent cases of note:

A School in Sweden undertook a trial using facial recognition technology to monitor the attendance of students at the school. It was found by the Swedish Data Protection Authority that biometric data of students was being processed, and that the school had failed to obtain consent since the students (or the guardians) could not freely decide if their children wanted to be monitored. The school was fined €18,630.

The Spanish Data Authority was forced to consider whether a single consumer's information had been unlawfully processed by Avon cosmetics without Avon having appropriately verified that person's identity. The omission led to the data being improperly placed on a claims register as a result of conduct by a fraudulent third-party, which in turn prevented the consumer from working with his bank. A fine of €60,000 was issued.

The German Data Protection Authority fined delivery company Delivery Hero €195,407 after it was found that it had not deleted accounts of 10 of its former customers - in one of those cases the person had not been a customer for nearly 10 years. These customers had been the subject of an unsolicited advertising email campaign from the company.

In September 2019 the Hungarian National Authority for Data Protection and the Freedom Of Information fined an organisation €15,150 when one of its staff members lost a personal USB drive and insufficient steps were taken to fulfil the company's data breach obligations.

A Danish furniture manufacturer failed to delete data in accordance with the GDPR and was fined €200,850 by the Danish courts following findings by the Danish Data Protection Authority. The penalty arose when it was found that the company had processed personal data of approximately 385,000 customers, and that it had held that data for longer than was necessary. There was no policy in place regarding the deletion of personal data in the company's new CRM system.

In November 2019, Marriott Hotel announced that personal data of 500 million of its customers had been compromised. This matter is currently being investigated by the Information Commissioner in the UK. A preliminary fine assessment of over €110 million has been suggested following the cyber incident in which personal information relating to approximately 339 million guests was exposed.

It is believed that the vulnerability first occurred in 2014, although the exposure of the information was not discovered until 2018. The exposure had occurred in systems of Starwood, a company acquired by Marriott in 2016, although Marriott had failed to undertake sufficient due diligence when it bought Starwood, and should have done more to secure its systems.

As of October 2019, there are inquiries into:

There are currently two open cases involving Apple - the first being a complaint based enquiry which is examining whether Apple has discharged its obligations in relation to its use of personal data for behavioural analysis and targeted advertising. A second complaint based enquiry is examining whether the company has discharged its transparency obligations with respect to the information contained in its privacy policy and online documents.

The Irish authorities are investigating and examining whether LinkedIn has obtained appropriate consents, and whether it is lawfully processing information within the context of the behavioural analysis and targeted advertising taking place on the platform.

Instagram: Instagram is also subject to enquiry in relation to the authorities that it is relying upon to support its processing of personal data.

WhatsApp currently has two open cases. The first involves an examination of its terms of service and privacy policy in order to determine whether sufficient consent and authority has been obtained to enable it to process the personal data of individuals using the platform. The second relates to transparency between WhatsApp and other Facebook companies, and the sharing of personal information between those companies.

Twitter also has two open cases. The first involves an investigation by the GDPR authority to determine whether its organisational and technical measures are appropriate to secure and safeguard the personal data of its users. The second is a complaint based enquiry regarding the right to access, in which the authority is examining whether Twitter dodges its obligations in relation to the right of users to view data on links that they access via the platform.

The background to the complaint relates to Twitter's refusal to provide privacy researcher Michael Veal with all of his personal data that had been stored by Twitter. The social media giant stands by its decision to deny him access, based on the fact that providing such information would take a "disproportionate effort", which is deemed a viable reason not to provide such information under the GDPR.

Some users fear that Twitter is able to track user internet searches through its link shortening services, by enabling cookies in their browser settings. In addition to this, it is also possible for Twitter to have access to user's general location, due to its current privacy policy which allows businesses to allocate IP addresses whenever their links are accessed. Twitter claims the reasoning for this is to serve the sole purpose of defending against the spread of malware.

Although the GDPR does not apply to many Australian entities, it certainly has application in this Territory, meaning that many businesses will be affected.

Importantly, the lessons that Australian organisations can learn from the above cases should be reflected and acted upon within the context of the Australian privacy legislation. In principle, our legislation and the requirements of this GDPR are quite similar.

If your website or privacy consent processes involves pre-ticked boxes, does not properly obtain informed consent from your users, does not transparently indicate what the information is to be used for, who it will be disclosed to and for what purpose, or your systems have not been recently assessed to ensure that all appropriate technical and organisational measures have been implemented to ensure information security - then changes to your policies and practices should be made immediately.

If you have a query relating to any of the information in this piece, or you would like to speak with somebody in Holman Webb's Business, Corporate and Commercial team with respect to your organisation's responsibilities within the context of the GDPR, please don't hesitate to get in touch with Tal Williams.