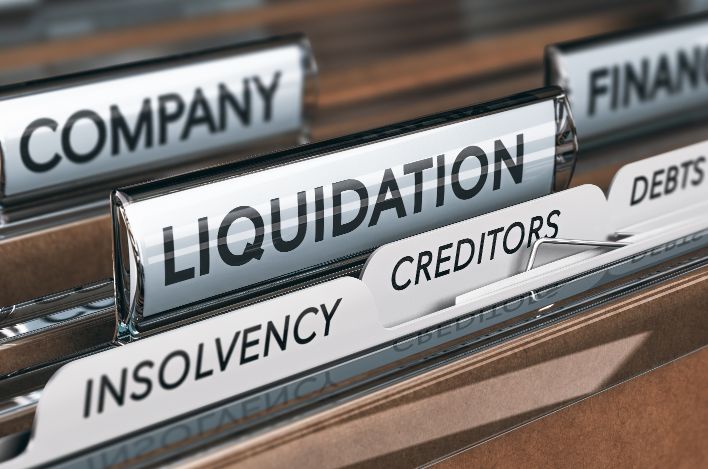 In the 2018 Federal Budget, the government announced that it proposed to reform relevant legislation so that regulators could more efficiently curtail illegal phoenix activity.

These announcements have now been acted upon, and on 13 February 2019, the Treasury Laws Amendment (Combating Illegal Phoenixing) Bill 2019 ('the Illegal Phoenixing Bill') was introduced into Parliament. The proposals in the Bill include giving ASIC, liquidators, and the ATO new powers to help deter and disrupt illegal phoenix activities and prosecute culpable directors and associated persons.

As a basic and broad definition, illegal phoenix activity involves the deliberate stripping and transferring of assets and funds from one company to another company to avoid paying liabilities, such as tax or superannuation. The original entity is liquidated by the directors, who then recommence with a same or very similar business through a new corporate entity - often using the same customers and employees.

As early as 2004, the Parliamentary Joint Committee on Corporation and Financial Services recognised that precisely defining illegal phoenix activity was "difficult, if not nearly impossible" [Link to Parliamentary Joint Committee on Corporations and Financial Services 2004, Corporate Insolvency Laws: A Stock Take]. The reasons for this are manifold, but can essentially be distilled into three key areas:

The Cost of Phoenixing

In 2012 the FWC commissioned a report by PwC which estimated the total cost of illegal phoenixing to the Australian economy to be $1.78 - $3.19 billion per annum [link to Phoenix activity - Sizing the Problem and Matching Solutions]. These numbers were echoed in 2015 by the Productivity Commission Inquiry Report. More recently, a 2018 report prepared for the Phoenix Taskforce estimated the direct costs to the Australian economy resulting from illegal phoenix activities to be $2.85 - $5.13 billion per annum.

Indirect costs have not been measured, and may include a loss of investment, opportunity, and trade due to any lack of confidence caused by the fear of contracting with companies which may phoenix, or may be exposed to debtors who phoenix.

Schedule 2 ensures that directors are held accountable for misconduct by:

Schedule 3 allows the Taxation Commissioner to:

Schedule 4 authorises the Commissioner to retain tax refunds where a taxpayer has failed to lodge a return or provide other information that may affect the amount the Commissioner refunds. This ensures that taxpayers satisfy their tax obligations and pay outstanding amounts of tax before being entitled to a tax refund.

"a disposition of company property that has the effect of preventing, hindering or significantly delaying the property becoming available to meet the demands of the company's creditors in winding-up."

To prove a creditor-defeating disposition it will be necessary to establish that the deposition was made either:

The importance of the concept of a creditor-defeating disposition is clear when one notes the that the new civil and criminal offences are proposed to apply to:

These amendments will mean that other persons, including lawyers, accountants, and pre-insolvency advisors who are found to have procured, incited, induced or encouraged a company to make creditor defeating transfers of company assets will be exposed to liability, even above and beyond the accessorial liability provisions currently contained in section 79 of the Corporations Act.

That said, the proposed legislation does contain a number of safeguards with the aim of ensuring that legitimate restructuring activities do not lead to liability for illegal phoenixing. These activities include transactions made with creditor or court approval (as appropriate), transactions made under a deed of company arrangement or scheme of arrangement. The carve outs provided in the recent safe harbour provisions will also be maintained and protected.

Therefore the threshold for criminality under the proposed amendments is recklessness as to harm. The relevant test to be applied is defined in the explanatory memorandum as:

An act of negligence which is not capable of being proven to have been reckless or intentional could still expose company officers and advisors to the harsh civil penalties proposed in the Illegal Phoenixing Bill.
The proposed amendments provide that to prove negligence to the standard necessary to impose a civil (rather than criminal) penalty, it must be established that:

The explanatory memorandum further states that the reversal of the onus of proof in these circumstances is appropriate due to the obligation of companies to maintain adequate financial records.

Penalties for Contravention of the Illegal Phoenixing Bill

The penalty for a contravention of the above is:

Failure to comply with an ASIC administrative order with respect to the proposed amendments is also an offence punishable with the same penalties.

In addition, liquidators will be entitled to recover damages from offending officers and facilitators for loss suffered by the company's creditors as a result of the creditor-defeating disposition and the company's insolvency.

The Illegal Phoenixing Bill proposes to give ASIC specific powers to make orders for the benefit of a company's creditors to recover company property, assets, or benefits disposed of or received under a voidable creditor-defeating disposition. ASIC will be entitled to employ these powers on its own initiative, or alternatively on the application of a liquidator.

The draft explanatory memorandum states that the aim of these provisions is to:

"both overcome difficulties faced by liquidators where the company has insufficient funds to cover the cost of court action, and to allow ASIC to intervene where a liquidator is not fulfilling its obligations to recover company property."

The changes aim to strike the balance between curbing illegal phoenixing activity, and allowing entrepreneurship and genuine restructuring activities. If they are able to do so then companies will be able to trade with more certainty of their interactions with debtors and potential debtors, and a considerable amount of money will flow back to the Australian economy.

The proposed changes, if passed into law, will have an impact on all directors and company advisors, who will need to be aware of their new obligations, and how they must comply with these obligation to avoid potentially harsh penalties - both criminal and civil in nature.

Details of the Consequences

This article has provided a synopsis of the principles and details of the proposals contained in the Illegal Phoenixing Bill. Our next article will discuss in detail the effects and likely consequences of the proposals if they are passed in parliament.

If you have a query relating to any of the information in this article, or you would like to speak with somebody in Holman Webb's Business, Corporate and Commercial team with respect to illegal phoenix activity, please don't hesitate to get in touch today.

An expanded version of this article was first published in the April 2019 issue (Volume 71, Number 3) of Governance Directions, the official journal of Governance Institute.