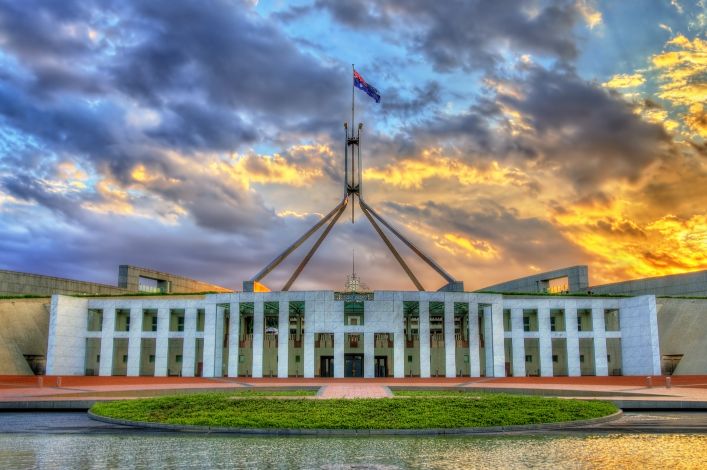 Working steadily with broad coercive powers, numerous and highly visible Royal Commissions in Australia have uncovered shocking examples of corrupted cultures in organisations that must be concentrating the minds of directors everywhere.

The Commissioners will submit their final report in April next year.
Acknowledging the dedication of those in the sector, Commissioner Briggs noted:

"there has been a rising torrent of concern that the aged care system is faltering in certain areas of safety and quality and that it may not be fit for purpose".

Over one million people currently receive aged care services in Australia with 64 per cent of the providers being single facility operations. The impact on governance from any outcomes of aged care royal commission, and also from the recent Financial Services Royal Commission, will have implications for board members of all organisations.

As one Commission begins, another concludes with only weeks passing since Royal Commissioner, Kenneth Hayne delivered his report on the banking sector, where he singled out National Australia Bank's CEO, Andrew Thorburn and well-respected professional director and chairman, Ken Henry, as representatives of an organisation he was 'not persuaded' was:

"willing to accept the necessary responsibility for deciding, for itself, what is the right thing to do, and then having its staff act accordingly".

The Commission uncovered, among other issues, fees charged by the banks for no services, failures to inform customers about the value of commissions to mortgage brokers and charges to the deceased for life insurance. The terms of reference required Hayne to determine whether misconduct, falling short of community standards, was attributable to particular culture and governance practices and the result of other practices, including risk management, recruitment and remuneration practices.

"...everything that is said in this Report is to be understood in the light of that one undeniable fact: it is those who engaged in misconduct who are responsible for what they did and for the consequences that followed".

"...because that is so, every financial services entity, named in the Commission's reports or not, must look to its culture...In looking at culture and governance, every entity must consider how it manages regulatory, compliance and conduct risks".

This, surely, must resonate with all organisations providing regulated services to the public.

Similarly, in NSW, it is impossible to ignore the parallels of failings of corporate cultures discovered in the findings of the Banking Royal Commission and the Inquiry into the NSW State Branch of the RSL (the Bergin Inquiry) because of the valuable insights they provide as to how boards should address the problem of culture and its primary and idiosyncratic effects on quality standards within organisations.

The Bergin inquiry found significant breaches of fiduciary duty at a board level within its aged care subsidiary, LifeCare, particularly highlighting a shift in culture over decades leading to a catastrophic drift toward declining levels of accountability, which, at its most egregiousness, included unauthorised director remuneration and inappropriate perks of office.

In hearings, directors were asked to give evidence about their decision to award themselves consultancy fees seemingly to evade the prohibition, under its constitution, of not remunerating directors as directors.

The Constitution stipulated that directors may not "be paid any fees for their ordinary service as directors", but that "each director is entitled to be paid for all expenses incurred...in carrying out the duties of a director".

The Bergin inquiry found that, despite advice to amend the Constitution, the board resolved unanimously to pay all directors for "consulting services". Payments were then justified on the basis that directors attended committee meetings, which is surprising, as generally, committee meetings might be considered as part of a director's usual duties, though one director, who received payment, in fact did not sit on a committee.

Recommendations were made to the Inquiry suggesting the appointment of independent skill-based directors, rotation of elected directors, board membership of at least a director with accounting experience and one with aged and clinical care experience, a diverse and appropriately skilled board, accountability to the members, and any remuneration of directors must be made without conflict of interest and comply with a Directors Remuneration Policy (see 11.132 of the Report of the Inquiry under the Charitable Fundraising Act 1992).

Significantly, the recommendations included the development of a culture of compliance with ethical and legal responsibilities by clear communication and leadership (see 11.136).

"...enormous efforts that have been made [by the new board of RSL Lifecare]...to rid themselves of the leaders who let them down and the compromised structures and practices that fostered toxic cultures and created dysfunctional systems" (see 1.37).

She made it clear RSL Lifecare's right to fundraise in NSW hung in the balance, noting that, if the culture had been different, and not so ingrained, some of the awful consequences might have been avoided.

According to Dominique Hogan-Doran, SC, who specialises in public inquiries involving governance and cultural integrity issues:

"NFP directors have an even greater structural reliance on management than for profits, and often defer to management in a trusting manner that can be misguided".

The Bergin Inquiry made 29 recommendations, including the referral of former and current Directors and the CEO to ASIC, and investigations are ongoing. In addition, only a month before Commissioner Hayne released his report, the former New South Wales RSL State President and Director of LifeCare was arrested and charged with fraud.

Because the RSL and its related bodies are registered with the ACNC, its power was enlivened. But, with its extensive regulatory powers, it is a source of continuing regret that the secrecy provisions of the ACNC Act prevents publication of reasons for the outcome of investigation it undertakes, which would be instructive to the not-for-profit sector, generally.

Fallout From the Banking Royal Commission

A fundamental tenant of being a director requires individuals act in good faith and avoid self-interest. In addition to duties under the Corporations Act or the ACNC Act and Regulations, aged care providers have overriding duties under State and Federal law including the Aged Care Act 1997 and various charters and principles including the Charter of Aged Care Rights as well as Accreditation Standards.

Criticism of Statutory Authorities responsible for enforcing punishment of breaches of statutory obligations (including Director's Duties) has been acute in the Hayne Commission's report and supervising authorities in aged care should expect tough questions as hearings continue throughout the year.

No doubt this applies to the aged care sector. The Hayne Royal Commission stated:

"But it now must be accepted that regulators have an important role to play in supervision of these matters. Supervision must extend beyond financial risk to non-financial risk and that requires attention to culture, governance and remuneration".

On one level, fallout from the Hayne Royal Commission has resulted in the resignation of Thorburn, Henry, AMP's Chair Catherine Brenner and may other board members, but it may have deeper significance following 24 recommendations to the DPP of bank officers, and for increased statutory user oversights where Criminal and Civil penalties have been significantly increased.

ASIC has tended to negotiate rather than litigate corporate breaches since at least 2005. It is likely that regulators will tend to undertake prosecutions where they might once have negotiated an outcome. This is now preferred government policy.

ASIC deputy chair Peter Kell foreshadowed commencement of proceedings in August last year. Potential criminal proceedings against officers at AMP were reported last month. In February, the Government announced the establishment of an inquiry in three years to ensure banks "have improved their behaviour".

The problem is also one of great risk for organisations in the aged care sector, producing as it does catastrophic consequences when commissions of inquiry investigate or regulatory authorities find their teeth. And this risk will most likely influence stakeholders including, funding bodies and donors in the long-term.

The catastrophic effects of cultural drift and bad governance that struck the NSW RSL continues to reverberate with board resignations and court proceedings. An attempt by the NSW RSL to adopt a new constitution aimed at entrenching an improved, consultative culture, increasing transparency and legal compliance, reportedly in the hope of restoring the organisation's fundraising capabilities, was defeated in December 2018, but will be voted on again in May 2019.

Aged Care has no fundamental place of security for the economy, though its users represent the most vulnerable. The Royal Commission into Institutional Responses to Child Sexual Abuse exposed cultural failings where the recipients of services are vulnerable people who may be unable or too frightened to make complaints. It showed the increased level of reputational damage and fall from grace of organisations involved in providing services to the vulnerable.

Directors must address cultural issues within the organisations in a focused and forensic manner particularly by looking at communication between an organisation and its regulators. It's a salient point that the Hayne Royal Commission found the NAB lacked reference to communications that related to oversight.

As change comes in response to these crises, greater roles for internal auditing in monitoring the health of an organisation's culture. One way to do this is to look at indicators such as complaint reports, client satisfaction surveys levels of care, and protection of whistleblowers. Cultural intervention can and should be an early priority - making the organisation more compliant and attractive. Because culture changes slowly over time, there is every incentive to start now.

For at least one aged care provider the Royal Commission into Aged Care Quality and Safety has served as a catalyst to strengthen its strategic focus on workforce and sector capacity to improve training and employment conditions. Rosemary Bishop of Three Bridges Community, says 'it's an opportunity to professionalise our workforce, which means qualifications, conditions and pay rates will all need to improve.'

Murray Baird, Assistant Commissioner and General Counsel at the Australian Charities and Not-For-Profits Commission, stresses the need for directors to jealously guard the cultural health of their organisation, without becoming overwhelmed, saying, 'Boards should not, however, be paralysed with the enormity of their tasks'.

If you have any queries relating to any of the information in this piece, please don't hesitate to get in touch with Jonathan Casson, Partner within Holman Webb's Business, Corporate and Commercial team.

An edited version of this piece was originally published in Volume 71 - Number 2 of the Governance Institute of Australia's Governance Directions Journal.