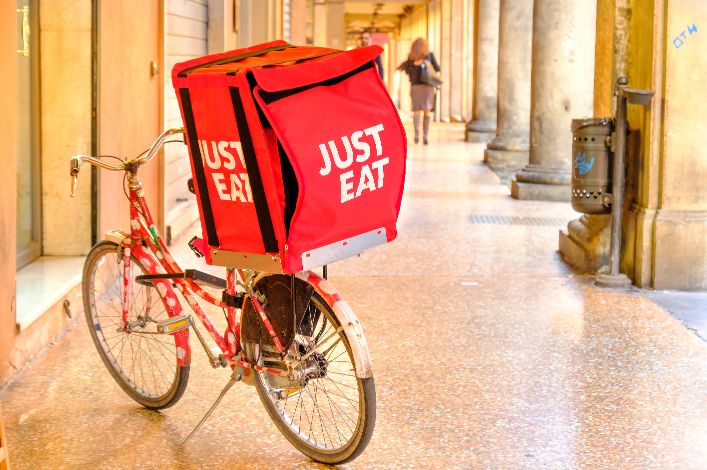 UK-based online food order and delivery company Just Eat, and Dutch rival Takeaway.com have agreed to proceed with consolidation, creating one of the largest delivery companies in the world outside of China.

Just Eat
A UK-listed public company. Just Eat dominates the United Kingdom, and has a sizeable presence in other parts of Europe - as well as Brazil and Canada. Just Eat also owns brands Skip the Dishes, iFood, and Menulog.

Takeaway.com
A Dutch-listed company. Takeaway.com is a significant player in Germany and the Netherlands, as well as other parts of Europe and Israel. The company recently acquired Delivery Hero in Germany, and Swiss company Foodarena.

Deliveroo
Another UK-based service operating in 13 countries. A recent move by Amazon to invest US$575 million in Deliveroo has been halted by the UK competition regulator pending investigation. Uber and Deliveroo previously discussed merging, although this idea has seemingly been abandoned.

So, as these companies gobble each other up, we are left to ask what the merger means for us back home in Australia.

Just Eat operates in Australia through Menulog, a brand that predates its rivals - but which (arguably) doesn't have the technological advantages of UberEats, and which has traditionally relied on restaurants providing their own drivers. Despite Menulog's recent introduction of its own delivery arm, several reports have noted that Just Eat investors are less than happy with its performance. Menulog has also faced issues relating to accusations of illegal domain squatting on restaurant websites.

Prior to the announcement confirming that the deal with Takeaway.com had been agreed, Just Eat released its 2019 half year results. These show that thanks to the launch of 25 new delivery zones, Menulog's delivery service now covers over 70% of the addressable population in Australia. Just Eat's half year results also show that Menulog returned to revenue and order growth in Q2, with gross profitability for delivery achieved from April.

Despite increasing revenue and underlying EBITDA, Just Eat was in the red, with Menulog (Australia/NZ) reporting a $2.1m loss in the first 6 months, as well as an active decline in customer numbers. These were attributed to the closure of the Eat Now platform, as well as the roll-out costs associated with the new delivery service.

Generally speaking, Australia has proved challenging for the food delivery sector. Foodora didn't make the cut, and whilst Deliveroo has survived here, it has been forced to place a heavy reliance on the financial support that it has received from its UK parent.

Australia's employment laws are tough, and the accusation of 'sham contracting' with respect to Foodora's delivery riders both drove the company out, and continues to haunt the remaining operators. However, in June 2019 the Fair Work Ombudsman completed its investigation into Uber Australia, finding that it was not in an employment relationship with its drivers, and thus its actions had not constituted sham contracting.

Other pressures in Australia have been associated with the high cost of doing business, much of which has to do with the country's notoriously high wages and rental prices. Many restaurants have announced their departure from the Uber Eats platform, which typically charges a 30-35% commission.

Menulog has the originator advantage in Australia, and as a point of difference over Uber Eats allows restaurants to use their own drivers, which may help it to survive the calls from Europe for its demise (Deliveroo also allows restaurants to use their own delivery fleet). As Takeaway.com does not have a presence in Australia, the departure of Menulog would mean that the newly combined Just Eat Takeaway.com would be leaving the market open to its rivals.

Whilst the Just Eat activist shareholder Cat Rock Capital has previously urged the company to dispose of its underperforming non-European brands, it has also encouraged a merger. At present we are yet to see whether the merger with Takeaway.com is enough to satisfy investors and avoid the offloading of Menulog.

In a related venture, Google recently launched a new "Order Online" feature in the US that enables consumers to place orders with delivery services without downloading their apps or visiting their websites. In the US, the delivery market is more fragmented with DoorDash, Postmates and others taking up a fairly significant slice of the industry. The introduction of Google's latest innovation will mean that choosing which delivery app to use will become secondary for the customer.

If Google rolls this innovation out in Australia (as well as internationally), we may see increased competition for the business of restaurants among the delivery services that remain, which has the potential to lower costs of providing delivery which is good news for restaurants.

If you have a query relating to any of the information in this piece, or you would like to speak with someone in Holman Webb's Franchising and Retail team in relation to a matter of your own, please don't hesitate to get in touch today.

This piece was originally published in QSR Media on 6 August 2019. Click here to view the original article.