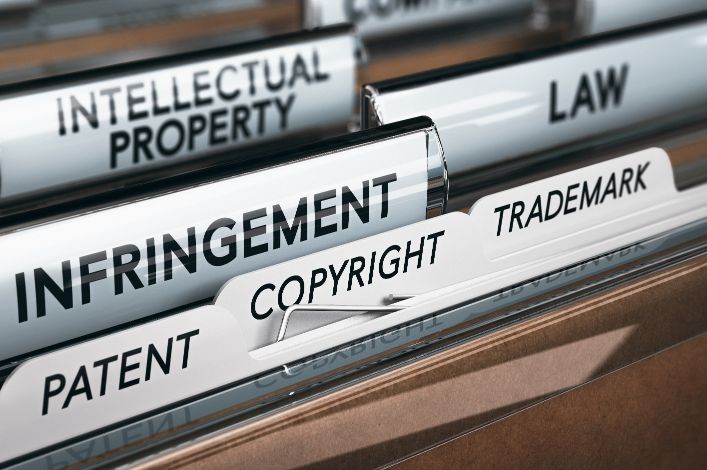 Trident Foods is an established brand in Australia. At first instance, her Honour Gleeson J noted that the brand was so popular that "it is probably in most households at some point during the year". Perhaps the brand's most well-known product is its sweet chilli sauce, however over the years its trade mark has been applied to products including tinned fish, sauces and various flavourings across multiple supermarket aisles.

Prior to the proceedings, Trident Foods held two registered word marks consisting only of "TRIDENT", in respect of classes 29 and 30, with the first having been registered in 1973 and the second in 1983 (the TF Marks).

In 2001, Trident Foods became a wholly owned subsidiary of Manassen Foods Australia Pty Ltd (Manassen). From that time, while Trident Foods retained ownership of the TF Marks, Manassen was their sole user. At all relevant times, the directors of the two entities were the same.

In 2007, US giant Trident Seafoods entered the Australian market using the trade mark "BOUNTIFUL". According to its evidence, Trident Seafoods is the "largest vertically integrated seafood distributor in North America". However, Australia and New Zealand are the only jurisdictions in which it uses the BOUNTIFUL mark; in all others it is known by "TRIDENT SEAFOODS". Trident Seafoods' 2014 application to register its logo, primarily in relation to tinned fish, was blocked by the TF Marks.

Shortly after filing its logo application, Trident Seafoods commenced action to remove the TF Marks for non-use. The Registrar's delegate determined that:

Trident Seafoods appealed. Under s 7 of the Act, a use will only be authorised where it is under the control of the trade mark owner. Trident Seafoods argued that Trident Foods had not exercised financial, quality or "actual" control (having regard to Lodestar Anstalt v Campari America LLC (Lodestar)) over Manassen's use of the TF Marks. To the contrary, the corporate relationship between them would suggest that Manassen is in fact in control of Trident Foods.

In relation to s 100(3), Trident Seafoods' primary arguments were that there was no evidence of any actual confusion and that any use of the TF Marks following the relevant period was "colourable" as it was purely a reaction to the non-use proceedings.

Trident Goods argued that it had in fact exercised the requisite control over Manassen's use of the TF Marks. This arose through:

It further argued that if s 100(3) became relevant, the TF Marks had been used extensively following the non-use period and that, combined with the substantial reputation in the TF Marks, will lead to confusion if they are removed from the register.

Her Honour agreed with Trident Seafoods' submission that the corporate relationship "does not place Trident Foods in a relationship of control over Manassen; rather, the converse is the case". Her Honour was not persuaded that the commonality of directors alone altered that relationship, or that the quality control manual or product labelling amount to "actual control".

Accordingly, it was necessary for her Honour to decide whether to "does not place Trident Foods in a relationship of control over Manassen; rather, the converse is the case exercise her discretion to keep the marks on the register.

Her Honour noted that:

On appeal, the Full Court (comprised of Reeves, Jagot and Rangiah JJ) saw no reason to interfere with Gleeson J's exercise of discretion under s 100(3). In this regard, the court agreed that the sales after the relevant period, although initiated in response to Trident Seafoods' actions, were not contrived or uncommercial.

The court also found that her Honour's reasoning that the risk of confusion was heightened because consumers associated multiple Trident branded products with a single supplier was "unassailable".

However, the court disagreed that s 100(3) was relevant at all, on the basis that Manassen's use of the TF Marks was in fact authorised by Trident Foods. The court said:

"Trident Foods necessarily controlled Manassen's use of the marks by reason of the simple fact that it owned the marks and its directors, who were also Manassen's directors, must have had one common purpose, being to maximise sales and to enhance the value of the brand."

The court differentiated the circumstances from Lodestar, in which the parties had no relationship other than purported licensor and licensee.
The court explained that the Trident Foods and Manassen must have a unity of purpose due to their relationship, and that this obviated the need for any specific example of Trident Foods exercising actual control over Manassen's use of the TF Marks.

Further, it would be "commercially unrealistic" not to infer that Trident Foods had the requisite control given that the directors "wished to ensure the maintenance and enhancement of the value of the brand". Accordingly, the Full Court refused the appeal albeit for different reasons than those given below.

In one sense the Full Court's decision can be seen as a breakthrough from any lingering worry after Lodestar; at least in respect of closely connected entities. However, the judgment does raise some interesting questions:

The Full Court did not expressly state that these decisions were wrong, but caution should be exercised when looking at cases regarding authorised use pre-Lodestar.

Decision-makers at all three levels found that there was simply too much risk of confusion should the TF Marks be removed from the register. Those wishing to enter the Australian market must carefully consider whether their mark is likely to cause confusion because of any "residual" reputation that exists in any similar mark, whether it has been used or not.

On the other end of the scale, corporate groups should not think that the Full Court's decision will protect them; not only may unity of purpose come to have a narrow meaning, but Trident Foods no doubt could have avoided significant expense if it had a written licence agreement with Manassen and could point to instances of actual control, or had assigned the TF Marks to Manassen as part of the 2001 acquisition.

If you have a query relating to any of the information in this article, or you would like to speak with someone in Holman Webb's Intellectual Property team with regard to a matter of your own, please don't hesitate to get in touch today.

This piece was originally published in the Lexis Nexis Australian Intellectual Property Law Bulletin Vol 32 No 3 & 4.