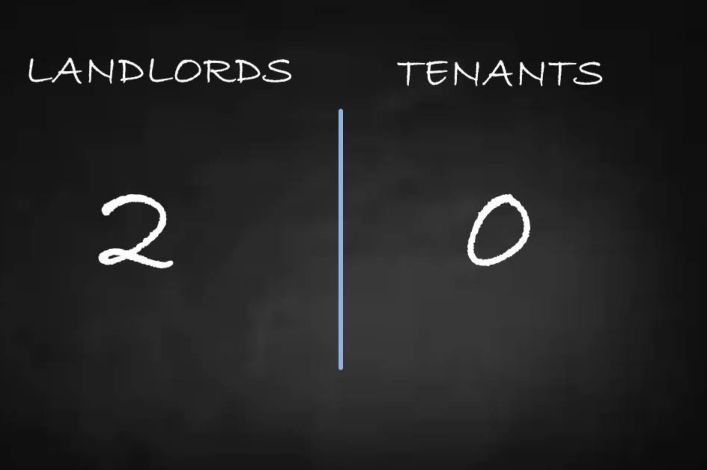 2019 has started with a couple of very significant cases in the retail leasing division of NCAT (NSW Civil and Administrative Tribunal) – both of which have gone the landlord’s way and delivered some unfortunate news for tenants in New South Wales.

What is a genuine demolition?

Firstly, in relation to a demolition clause, there have been a series of decisions about a tenancy at Burwood Plaza.  The tenant had been in occupation for 27 years.  It was holding under a ‘licence agreement’ which had a clause allowing the landlord to give one month’s notice to terminate if the landlord wanted to demolish or redevelop. The landlord attempted to do this and the tenant commenced proceedings under which it was settled between the parties that the licence was a ‘retail lease’ for the minimum term of five years.  Two weeks later the landlord issued a new demolition notice with 6 months’ notice, as required by section 35 of the Retail Leases Act (NSW).[i]

The shop occupied by the tenant was adjoined by two vacant tenancies.  The landlord wanted to knock through the intertenancy walls and create one larger tenancy to attract a mini –major who would pay a higher rent.  It appears that there originally was a proposal by TK Maxx to take up the space but it lost interest as the proceedings continued.

Previous decisions on this section have had mixed results and tenants have shown that minor works to one or two shops have not been sufficient to show a genuine proposal to demolish.  However, these cases related to a previous version of the section in which it was stated that “demolition of the building of which a retail shop forms part includes any substantial repair, renovation or reconstruction of the building…”

The changes made to the Act in 2017 removed the references to the building and to ‘substantial’ apparently because of concerns by landlords that these clauses could not be used unless the whole building was being demolished.

In the case of the tenant at Burwood Plaza, NCAT’s appeal panel confirmed that this power is now much wider and the motivation of the landlord is irrelevant provided it genuinely proposes to demolish.

The lesson for tenants can only be to reject demolition clauses at every chance.  Effectively, a demolition clause allows a retail lease to be terminated at will by the landlord submitting a renovation proposal with some minimal refurbishment works or adjustment of tenancy boundaries.

While the Minister at the time of the passing of the new legislation objected to the practice of landlords using demolition clauses for illegitimate purposes, it has enabled this practice by this clause.

Demolition clauses are frequently used to change tenancy mixes and deny tenants their property rights in favour of another tenant. When used unjustly, it means a landlord can use a demolition clause as a trigger to terminate a lease if a tenant offering a higher rent wants the tenant's shop, yet the tenant is committed to a lease agreement for three to six years with no ability to terminate the lease, regardless of how things are going.[ii]

The NCAT Appeal Panel noted this statement but observed that since Parliament did not define what it meant by a “genuine proposal” the only relevant matters were whether the landlord’s proposal required vacant possession and whether the landlord intended to undertake the work within a reasonably practicable period.

In view of the prevalence of demolition clauses in shopping centre leases in NSW, this needs to be addressed by the Parliament urgently.

Termination for non-payment of rent - No notice needed

Another decision this year in which NCAT has given a significant win to the landlords is the Charlie Bridge Street case [iii].  The café tenant had had trouble paying the rent and the landlord had allowed them time to pay.  On 2 September 2017 the landlord issued a tax invoice for the September rent and the back rent. The tenant disputed whether the back rent was payable at that time and some correspondence ensued.

On 13 September the landlord emailed the tenant telling them that they were in breach. The landlord changed the locks and took possession on 17 September.  On 18 September the tenant paid the arrears and asked to let back in. The landlord agreed only if the bank guarantee was increased.  This was rejected and the parties ended up in NCAT after mediation failed.

The lease here was the standard NSW Law Society Lease. It provides for monthly rent to be paid in advance on each anniversary of the commencement date.

12.2.2  rent or any other money due under this lease is 14 days overdue for payment; or

12.2.4  the lessee has not complied with any term of this lease where a lessor’s notice is not required under section 129 of the Conveyancing Act 1919 and the lessor has given at least 14 days written notice of the lessor’s intention to end this lease.

The requirement under section 129 of the Conveyancing Act for a notice to remedy breach to be given before terminating for breach is not considered to be applicable to cases involving failure to pay rent (section 129(8)).  Also section 129 cannot be overridden by anything in a lease (s129(10))

The tenant’s argument here was that the lease (and particularly 12.2.4) meant that 14 days notice must be given before terminating even for non payment of rent.

In summary, however, NCAT found that clause 12.2.4 of the NSW Law Society Lease is inoperable because it conflicts with the Conveyancing Act and a landlord can terminate without prior notice if a tenant fails to pay rent when due.

So this provision, and any other provision in a lease which requires that notice be given to a tenant before terminating for non- payment of rent, is invalid as it contradicts the legislation, and once again tenants in NSW lose out.