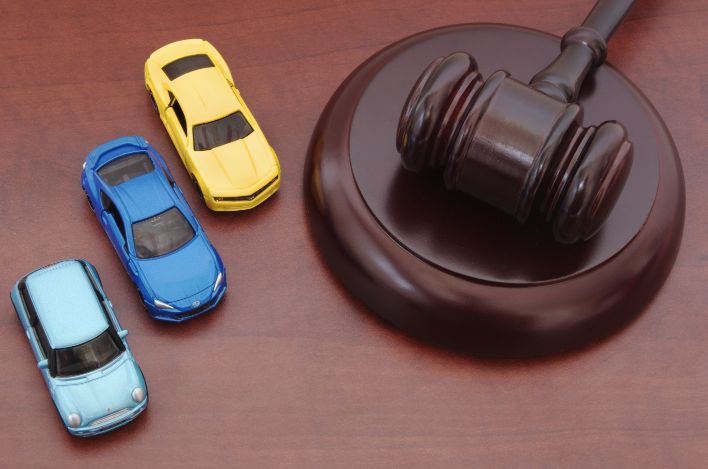 The news headlines are shouting about the ground breaking penalty of $2.6 million imposed on the auto repair franchisor Ultra Tune Australia, by the Federal Court last month, in the case of Australian Competition and Consumer Commission v Ultra Tune Australia Pty Ltd [2019] FCA 12.  Of that amount, $1.1 million was imposed for breaches of disclosure obligations under the Franchising Code of Conduct, including about $900,000 specifically arising from breaches of the obligations relating to accounting and disclosing of marketing funds.

The remainder of the record penalty (i.e. $1.5 million) related to the franchisor’s treatment of a prospective franchisee who brought the original complaint to the ACCC. While not strictly relevant to the allegations regarding disclosure and marketing funds, it seems that these other allegations of bad behaviour against Ultra Tune led the court to consider that Ultra Tune’s behaviour was not a case of simple inadvertence, and that it had resulted in a heavy handed approach generally.

With this said, when we examine the breaches regarding the marketing fund financials on their own, franchisors may be surprised at the penalties imposed.

Reputable franchisors know how to treat prospective franchisees and not to make misrepresentations or unlawfully refuse to refund deposits. The key relevance of this decision for other franchisors is the way that it very strictly interprets the obligations under the Franchising Code of Conduct relating to the preparation and distribution of marketing fund financial statements. Once understood, this will overturn the way in which most franchisors are preparing and presenting their financials, and will likely hasten the demise of marketing funds in general.  Every accountant, lawyer and franchisor needs to review this case as a matter of priority to ensure that they comply strictly with the Code.

Since the new compliance requirements were introduced with the ‘new’ Franchising Code of Conduct on 1 January 2015, many systems have already abandoned asking for separate marketing fund contributions from franchisees (also partly due to social media and digital marketing overtaking television, catalogues and other more expensive forms of advertising). This trend can only now accelerate, since the risk of relatively minor breaches leading to devastating penalties makes separate marketing funds even less attractive.

So what did Ultra Tune do to deserve a penalty of this size?

Firstly, Ultra Tune Australia had five marketing funds – one for each marketing region, meaning that the penalties were multiplied five times for each breach relating to the preparation and presentation of the accounts.

The two years under examination were the 2014-15 and 2015-16 financial years - essentially since the introduction of the ‘new’ Franchising Code, which included financial penalties.

Clause 15 of the Franchising Code requires a franchisor to prepare, have audited, and distribute certain annual financial statements within set timeframes if a franchisee is required to pay money into a marketing fund.

Contrary to cl 15(1)(a) of the Franchising Code, Ultra Tune failed to prepare marketing fund statements within four months after the end of the 2014-15 financial year (that document having been completed two months late, on 24 December 2015, rather than by the required date of 31 October 2015). Presumably for the following 2015-16 financial year the financials were prepared within four months as required.

It was not in dispute that for both financial years in question:

If a franchise agreement provides that a franchisee must pay money to a marketing or other cooperative fund, the franchisor must:

The court also looked at clause 31 of the Code to provide the contextual basis for understanding and informing what information needs to be included both to be useful and to achieve the regulatory purpose.  Of particular relevance is cl 31(3), which provides:

Despite any terms of a franchise agreement, marketing fees or advertising fees may only be used to:

Ultra Tune prepared its marketing fund financial statements for both the 2014-15 and 2015-16 financial years in a uniform fashion, in the form of profit and loss statements and balance sheets.  The expenses included items “Gift Vouchers”, “Printing & Stationary” (sic), “Seminars and Meetings”, “Administration Fees”, “Fleet Administration” and “Customer Support”.  The most significant expense line, however, was described as “Promotion & Advertising – Television” and this single item was over 70% of the funds’ expenditure.

The ACCC submitted, and the court agreed, that the notion of “meaningful information” in clause 15 means that the financial statement must have some explanatory force to allow meaningful insights to be gained by the franchisee.

“What is required to be provided is sufficiently detailed meaningful information, which is necessarily information that is useful and practical, not merely minimal accounting information”.

“…the franchisee should be in a position to know what the income and expenses of the fund are for the purpose of making some meaningful assessment of whether that use is appropriate.”

Whilst Ultra Tune submitted that while the term “annual financial statement” is not defined in the Franchising Code, it is generally well known to accountants, auditors and businesses as comprising both a profit and loss statement and balance sheet.  If additional information was required as contended by the ACCC, no profit and loss statement or balance sheet would comply with the requirement, and it would “turn into something that no longer was an annual financial statement as … understood by accountants, auditors and businesses.”

This was the effect of this case - the generic form of marketing fund statement produced by Ultra Tune (which does not appear that different to the form of statements produced by most Australian franchisors) and signed off by their auditors was held by the court to have lacked the sufficient explanatory detail required to enable franchisees to assess if the expenditure was legitimate.

The court also rejected an argument that this information was obtainable from additional material such as newsletters provided by the franchisor to the franchisees.

As well as penalties for not meeting the relevant timeframes for the preparation and distribution of statements, Ultra Tune received a $350,000 penalty for failing to ensure that the financial statements for the five marketing funds included ‘sufficient detail’ for each of the two financial years.

So, franchisors have been notified (and their lawyers and accountants also) that:

To do otherwise will run the risk of penalties, such as those now facing Ultra Tune.

The other option is of course to wind up the marketing fund and cover these costs from the general royalties or other revenue from franchisees, a course of action which has been adopted by many, but which has led to less transparency, rather than more, as was intended by the legislature.

If you have a query with regard to any of the information in this article, or you would like to speak with a member of Holman Webb's Franchising and Retail team in relation to a matter of your own, please don't hesitate to get in touch with Corinne Attard today.